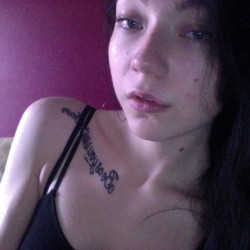 The awkwardly chaotic ramblings of a very peculiar girl.

Wintergirls is definitely an incredibly intense read. And it is real. There is no sugar coated motifs, no real happily ever afters, no handsome knights in shining armor to save the fragile quirky and endearing antagonist. This is exactly what an eating disorder looks like, this is exactly what losing a best friend looks like.

Lia is not meant to be a character pitied by the reader. You are not intended to like her. She's deceitful, selfish, ungrateful and proud of her abilities to be such. She is not evil, she's not even really Lia -she is her eating disorder.

Ms. Anderson's illustrated this beautifully. Her depiction of Lia's disordered behaviors were accurately done with grace and respect. Often times, in my humble reading experiences, a lot of authors who attempt to narrate a story based upon any type of disorder -fail. This is because they commonly try to shock readers with the most awe inspiring reproducing of such disorders. So much so, the disorder itself becomes unrecognizable and believable. Fortunately, Wintergirls is not like that.

(Warning: It is a dark, dark read and definitely not for everyone. Personally, I would not recommend this book to anyone currently battling an eating disorder. I have read a lot of reviews where the reader claims the book helped them during there recovery, yet I still feel the words and actions of Lia very triggering.)